A while back Nan and Papa suggested they might be willing to open their home for a couple days to host a grandkid summer camp. This year we decided that Max was actually old enough to participate, so we took them up on the offer. Owen stayed behind, but seemed to enjoy a week without having to share attention with his brother.

Papa took a few photos to send our way while he was carting Max and Emma all over town. So far as we can tell, he had a pretty busy week. 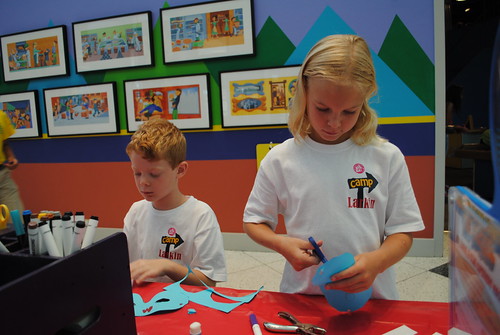 They spent some time at the Children’s Museum. 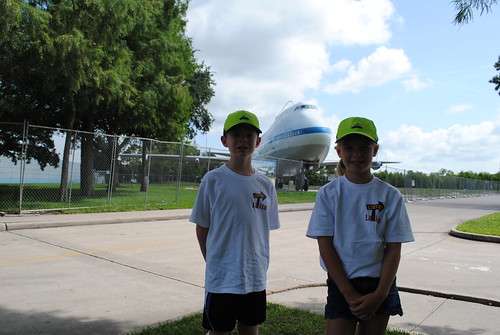 Then they were at the Johnson Space Center for a bit. 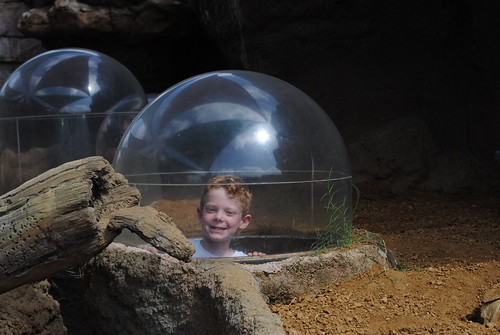 They also appear to have gone to the zoo. 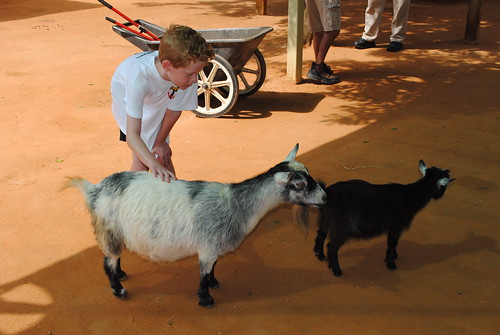 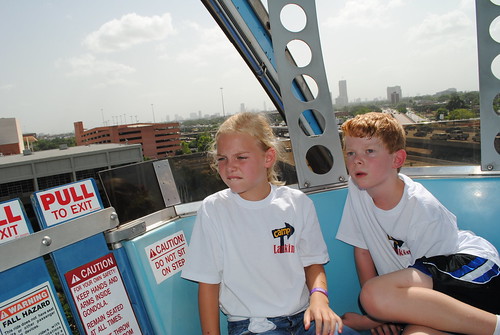 Not sure where the ferris wheel was. 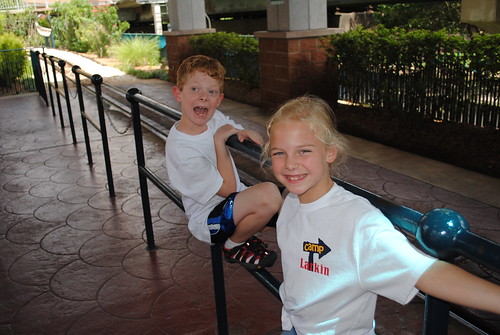 Further inspection of the photo set reveals it was at the aquarium. Woo! 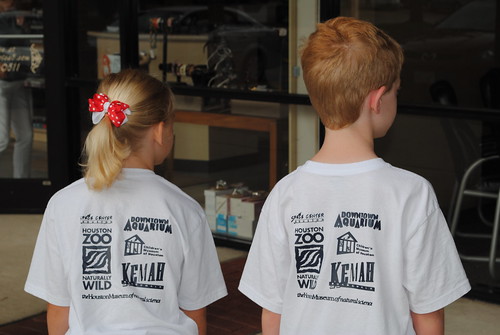 Aunt Jenn very kindly provided them with some custom shirts to commemorate the week.

Owen, meanwhile, was having all kinds of fun on his own.

I kid. We went bowling, spent time at the pool, and generally had all kinds of fun.

Max returned to us fully and unquestionably spoiled, which was about what we’d expected. Maybe in a few years Owen will be able to join in the fun.

We decided to pick Max up on Friday so he could be home for July 4th. Owen made the most of his last morning as an only child. Stole our bed and our iPod.

Owen and I met Nan and Papa halfway and had a quick lunch before we headed home. Then everything was right back to normal. We brought lots of games to keep the boys occupied while we waited for sundown. We had some popper fireworks leftover from last year. The boys went through them in a matter of minutes. Luckily we had plenty of sparklers as well. All this fun and no one got burned. Christy had some safer fun planned in the form of glow necklaces. Then, far later than we’d originally planned to be up, the fireworks finally started. We took our very tired boys home and got some rest to prepare for the next day, which involved a trip to Mimi and Pappaw’s house. Owen is getting more confident in his pool abilities.

We swam until all the adults were quite worn out, then dragged all the kids out so we could get a break. Owen didn’t complain once he had a popsicle. Then we let them play some basketball for a bit.

The boys had fun explaining to each other how many points they had (Owen had a hundred, Max had a million). We headed back home with two extremely tired little boys. Of course, they woke right up at their usual time in the morning. So I made them some teddy bear pancakes.

The rest of the day was spent doing as little as possible so we could prepare ourselves for the coming week. We did manage to finish putting together a little present I got for Father’s Day, though. I think Owen may have misread the instructions for Benny’s Spaceship (Spaceship, SPACESHIP!).